You don’t have to be rich to give like Drake. Let me explain.

On a recent episode of Netflix’s “Patriot Act”, Hassan Minhaj broke down the details of several billionaires’ philanthropic ventures. In a funny aside, he said “Billionaires… stop giving out money through grants. That shit’s boring, I wanna see cash exchanging hands. Just once, I wanna see Warren Buffet giving out money like Drake.” Then he played Drake’s music video where he gives away lots of money, but with Buffet’s face photoshopped on top.

Wait… Drake made a music video where all he does is give away money? WHERE HAVE I BEEN?!?!?!

Yes, in fact, it’s the official music video for the song “God’s Plan.” It opens with a few title screens, the first of which reads, “The budget for this video was $996,631.9.” I already have thoughts about this.

#1 That’s a lot of dough. Wonder how many clicks it’s gonna take to recoup that.
#2 Why was it so exact? Why not a million? We’ll never know.

Then the sequence ended with a final title that says “We gave it all away. Don’t tell the label…”

Now we get to the good stuff. Drake enters a grocery store, pulls out a megaphone, and tells all the shoppers, “Anything you want in the store… it’s free.” Then he just keeps going. Surprising families on the beach with stacks of cash. Pulling up in a brand new car and handing the keys to a student. Wheeling out shopping carts full of toys for a bunch of kids. Handing massive checks to a Miami-Dade Fire department. Taking two girls on a shopping spree.

It’s awesome… and also infuriating. He released this video 2 years ago. WHY DID NO ONE TELL ME?!

After the outrage wore off, I got even more emotional watching the people receiving the gifts. These weren’t trust fund kids and bankers; they were normal people. Maybe even on hard times. Why do I assume that? Because of their eyes. When they were handed a wad of cash or a car, you could see their eyes watering, shoulders relaxing, tension releasing, and the weight of their lives lifting. The future is brighter, and they are overwhelmed but don’t know what to do but cry or laugh. One frightened lady even fell out of her seat.

When I saw this, I thought to myself, “Someday, I’ll get to be that generous.”

But I don’t have to be rich to be generous. It’s available for you and me now.

MEANING OF THE WORD

The University of Notre Dame created the Science of Generosity Initiative to research American generosity in all its forms. In the article “What is Generosity”, they share that the word “generosity” is actually translated “of noble birth.” Up until the 17th century, it was only ever used to describe the rich ruling class, never the common people. But then it evolved over time to mean a “nobility of spirit thought to be associated with high birth… gallantry, courage, strength, richness, gentleness, and fairness.” Anyone who would take on those qualities could be considered generous. It took another 100 years before it started to be known for openness and giving things away, as we think of it today.

I loved this section:

“Generosity has not long been viewed as a normal trait of ordinary, or of all people, but rather one expected to be practiced by those of higher quality or greater goodness. Generosity— unlike, say, truth-telling or not stealing— is more an ideal toward which the best may aspire and achieve than a “democratic” obligation that is the duty of all to practice. Generosity may thus, on the positive side, properly call any given person to a higher standard.”

It’s interesting that we expect the rich and powerful to live at a higher standard than the rest of us. When generosity can be spoken of us all. It’s a spirit, not a number. We all get to partake in it right now, not just the uber-rich, billionaire philanthropists, tech entrepreneurs, movie stars, moguls, or rappers. Anyone who would say they aspire to something greater, to help people with what they have can be generous.

That spirit inspires us to give, and it starts with small amounts. $5, $20, or $100. Even without money, through your time, energy, or attention. Sometimes people need someone else to just listen to them. THAT is an act of generosity. It’s a higher calling, of character and heart.

So let’s be generous right now, because you don’t have to wait to be like Drake. 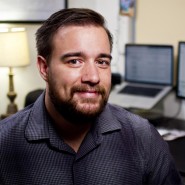